This year marked the 40th anniversary of the Powys enduro, run by the MWTRA club and to me, my fifth attempt at the 120+ mile "monster loop". I'm always fired up for the Powys, it's the one event in the year when everybody turns up and we have a great time racing mates around stunning countryside. This year, I'd persuaded myself that it was about time I won the Sportsman class, and that would be the goal for Sunday...

With all that done, all that was left for me to do was to walk the special test (in both directions). It would be run in reverse in the afternoon. I waited for a friend to finish scrutineering, then we went to have a look at the test. We took our time and picked out what we thought were the best lines, and in places I chose a couple of lines and opted to "decide when I get there".

We had a bit of rain throughout the day on Friday, then some on Saturday, so we knew that the test would be slippery first thing in the morning, and would likely dry out a bit by the afternoon.

I got back at around 6pm and loaded up the car with all my kit, then stocked up on carbs as usual at dinner time!

Sunday morning arrived (at 5am) and I got ready. All the way to the start area in the car, I was going through the test in my head, trying to remember my lines! Before I knew it, there I was on the start line, waiting for my 08:11 start time to tick over on the clock...

The day didn't start particularly well, in fact I had a bit of a nightmare on the first 2 checks! On the first off-road section of the day through some felled trees I lost the front wheel twice, the second time twisting the forks around in the yokes, so when I got back out onto the forest track the other side, my handlebars were pointing left when I was riding straight! I rode like that for a couple of miles until I'd figured out what to do to fix it, then I pulled over, wedged the front wheel between my boots and pulled the bars back with my hands. It wasn't perfect but it'd do, I thought.

A little further into the check, I rode down another felled section which was made up of a carpet of tree branches. I rode up the hill the other side and then out onto the forest track where I accelerated full throttle through the gears. Something didn't feel right, I could feel the bike holding back, so I coasted over to the side of the track and noticed in doing so that I stopped too quickly. I suspected the back wheel straight away so I went and had a look, the rear brake caliper was stuck solid and the disc was smoking and red hot! My first thought was that the piston had seized, so I tried to push it out with no luck, then I bled some fluid out of it so that it could be moved. When I went to pump the brake back up, I saw a big stick was wedged in between my rear brake lever and the frame! A sigh of relief and a chuckle later, with a bit of help from Ant who was on my minute and stopped to help (thanks mate), we got the stick out of there and I got going again.

We eventually came back to the start area in Carno to refuel and then make our way to the first special test. For the most part, I had a good test, apart from losing the back end in the first bog at the top of the test and having to get off the bike and push through. I stalled the bike in one of the stream crossings too, but with electric start at my disposal I didn't lose much time. I'd worked out that I'd wasted around 15 seconds, so I thought I might be close to the top 3.

We went on to the Trannon hills check, which is notorious for its open moorland. It's difficult to navigate and it's even more difficult to pick good lines through the bogs! I was going quite well until I got to an open section and took a wide line to avoid a larger bog, only to find another one. My bike sank straight in, and no amount of moving or pushing would make it go anywhere. It was up to the axles at least, and it was a struggle to move around because I kept sinking into the bog myself! I managed to get the front wheel out, then eventually the rear, wasting a lot of energy and ruining my gloves with peaty bog mud and water. Then I gave it a handful of throttle in 2nd gear and ran alongside it to get out. Phew! I was glad to get to the next check, I'm not a huge fan of bogs, they have the potential to ruin your event quite easily.

So far so good(ish). I was still clean on time and the bike was still in one piece, so I regrouped and kept the pace up until we got the the next refuelling point. I gratefully replaced my gloves and goggles, drank a lot of water, filled up my backpack with water and grabbed a bite to eat.

Onwards to the Dyfi check, which was much more my type of riding, very technical, with a lot of hill climbs, large rocky sections, deep water crossings (I didn't like those bits), open hill tops and so on, it had a bit of everything! It was a long check at 100 minutes, but I made good progress, catching and overtaking all the solo riders in front of me and therefore getting a clear run at all the difficult sections - that made a huge difference! I arrived at the check 20 minutes early, feeling really good about how I'd ridden.

We came down the hill to our final refuelling point, where I found out that I was leading after the first special test. I was totally surprised! I wasn't sure whether or not I preferred to know, because it put some extra pressure on me, and it gave my mates an advantage to chase me for the win, but I tried to stay concentrated and not think about it until I crossed that timing beam at the end.

We went and rode the final check which was very fast, then dropped down the hill onto the test. Show time! I knew I had to be fast to maintain the lead I had (18 seconds), but I couldn't afford to take any risks, so I chose good lines and slowed down where I needed to, to make sure I hit all my lines. In the end I had a good test, and when I crossed the line I knew the others would have to put in a really fast time to haul back the gap.

I was ecstatic at the end, I'd done what I wanted to do on the test and I'd cleaned the day! I went back to the start area, where we checked the live times again and there I was at the top of the list, I won!!! Obviously the results are provisional until confirmed by the club, but because I stayed clean they shouldn't change.

The full (provisional) results are available on the MX247 website. 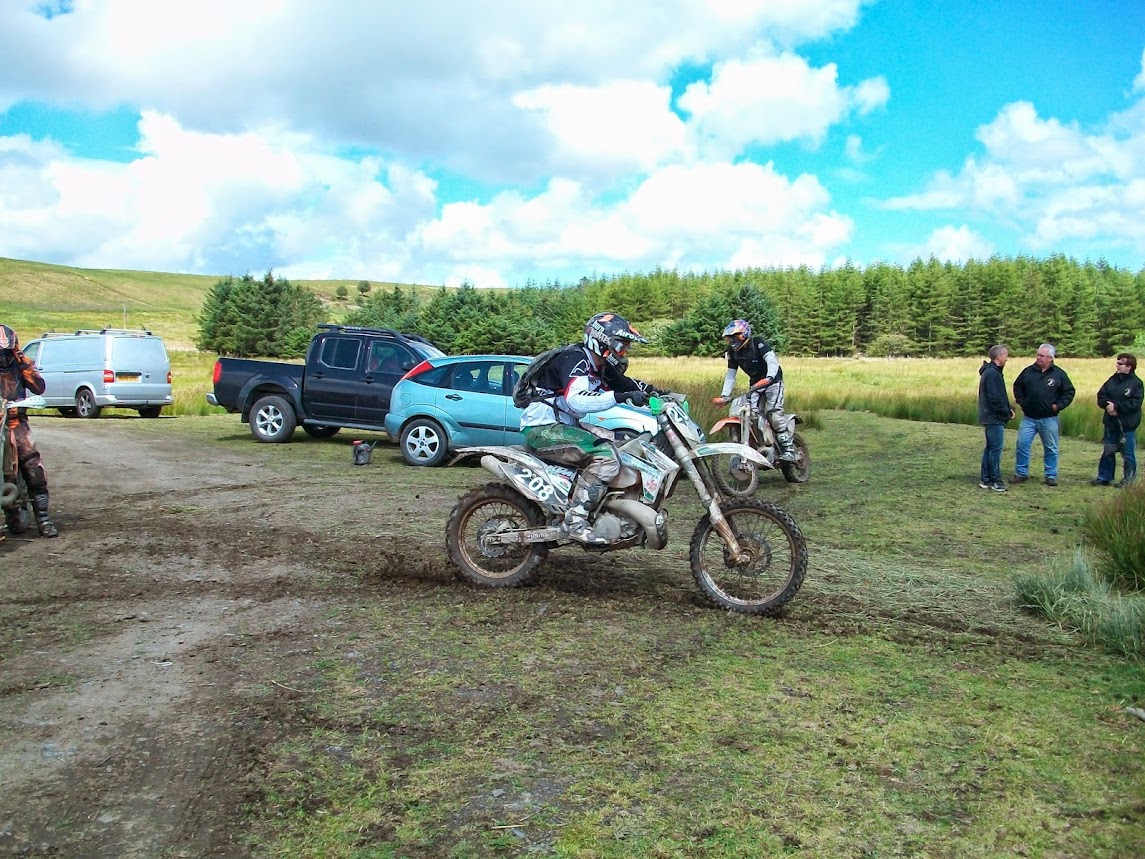 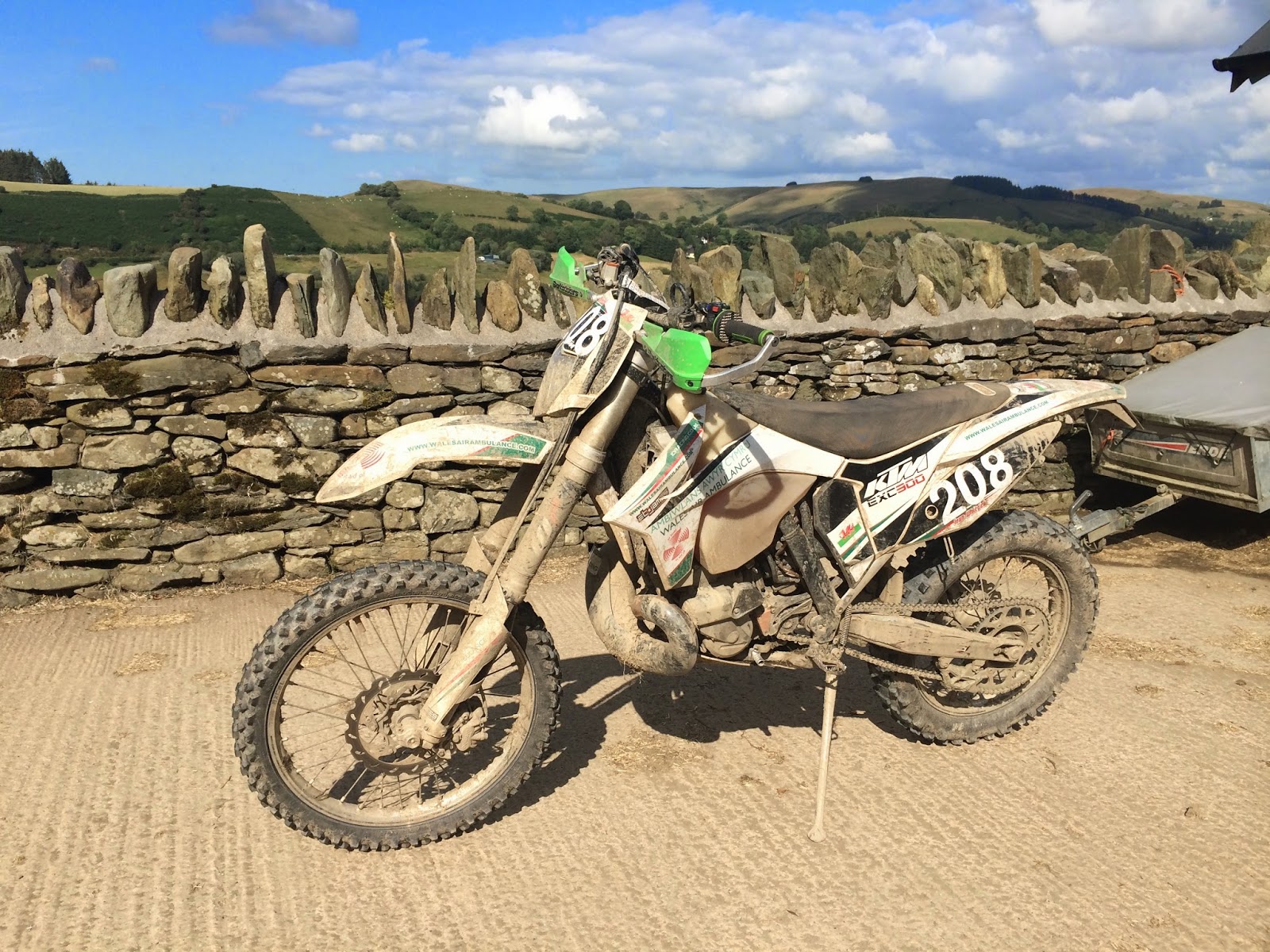 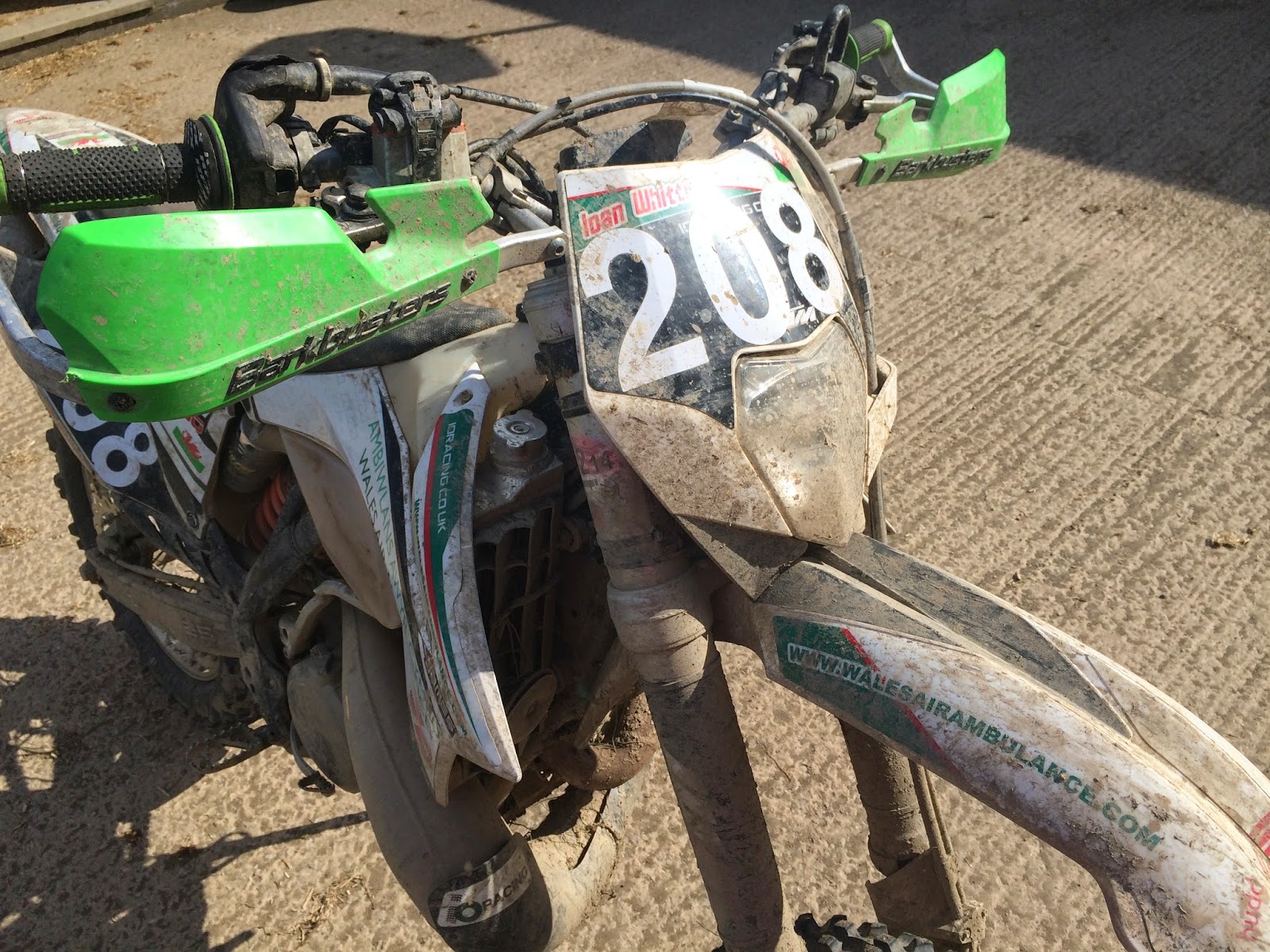