Sponsorship! That has to be my main focus at the moment if I'm going to try to improve on what I achieved this year.

The way I see it, I need to ride as many events as possible, not only to help improve my riding, but to give me a better chance at competing for a top result in the series I enter.

There are plenty of things I can offer potential sponsors (mainly advertising), I just need to find a sponsor who takes an active interest and genuinely wants to help me as a rider as well as gaining the benefits of the sponsorship itself.

At this moment things are still very much undecided for next year, but a loose plan is to compete in as many rounds as possible of the 2015 All Terrain Rally Challenge and the clubman class of the 2015 ET James Welsh Enduro Championship.

I would love to ride in the Rally class in the ATRC - the rules have changed for the class system which opens up a lot of possibilities, but it's something I've wanted to do for a long time. There's scope for riding my 300 in the new <450 rally class which would require a 13L tank and frame mounted fairing but I would definitely want to do the roadbook sections too, so I'd need some basic nav gear. That setup is the best part of £500. Obviously the dream scenario is that I end up with a 450RR 4T that I can use just for the ATRC, but until that happens, I'm still looking at ways to ride in both enduro and rally disciplines.

I could go on about all sorts of plans like International Rallies, Extreme Enduros, Sprints, Hare & Hounds and so on - they are at the back of my mind in case I'm able to get the support I need to go and do them, so I'm keeping all my options open for the next few months. Watch this space!
Posted by Unknown at 11:12 No comments:

I took the opportunity today to try out some new camera angles while I was out training. I've got to admit it was a hard slog today! The ground was saturated and the grass and mud were like ice. Great practice but hard on the body, it's so intense and difficult to keep up the pace.

My favourite camera angle was when I mounted it on the swing-arm. I'd say I probably need a dry day to get the best out of it, but I like the perspective.

I'd still like to try some alternative camera angles but I haven't yet figured out a reliable way of mounting the camera to either mudguard without drilling holes in them!

In the meantime, I hope you enjoy a few clips of the 300 being put through its paces on a wet winter's day in Wales. Nothing beats a power slide!

What a season it's been! I've had a brilliant time racing in the All Terrain Rally Challenge in 2014, from the Brechfa rally in March to the Cambrian rally just gone.

I'm very pleased with what I've achieved on what was a new bike to me at the start of the year. In fact, the Brechfa was the first time I rode the 300 EXC "in anger"!

I fought hard and I felt like I rode well and consistently over the 5 Welsh rounds I completed. We had some fantastic competition going in the Rally Lite 2T >249cc class, having to go to the Cambrian with everything hanging in the balance in the ATRC series was a real buzz for all of us!

Unfortunately, I wasn't quite able to clinch the win in the class over the series, I did get maximum points at the Cambrian but it wasn't quite enough! Happily however, it did mean that I managed to climb to 2nd. What an incredibly close finish it was, not only in the event itself, where there were mere seconds separating us at the end of two days of competition and 8 special tests, but in the series overall.

Out of the top 3 in our class, the eventual winner (98 points) had completed 7 rounds and therefore had the benefit of dropping their lowest score. The format of the series is that your best 6 rounds out of a maximum of 8 count towards your final score, so I was at a disadvantage having only completed 5 (96 points), but that makes the 2nd place even sweeter!

Congratulations to my fellow competitors, it's been a lot of fun racing with you this year and I am already looking forward to the ATRC in 2015.

The "winners" for 2014 have been published on the All Terrain Rally Challenge website and the full standings for all classes can be viewed here. 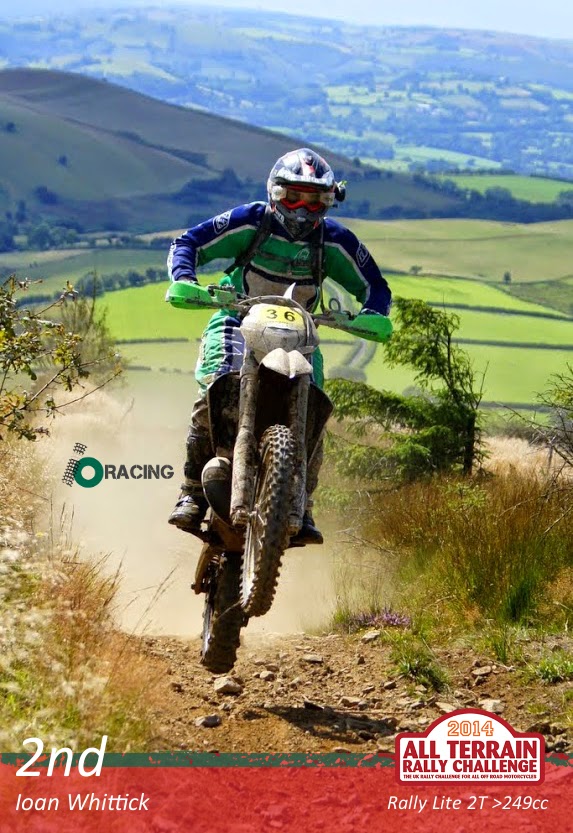 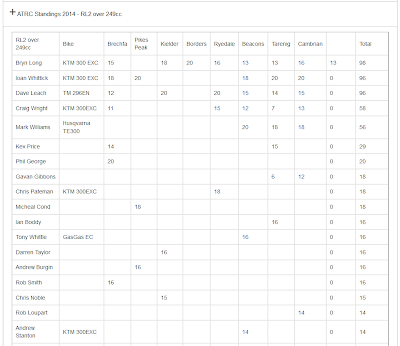 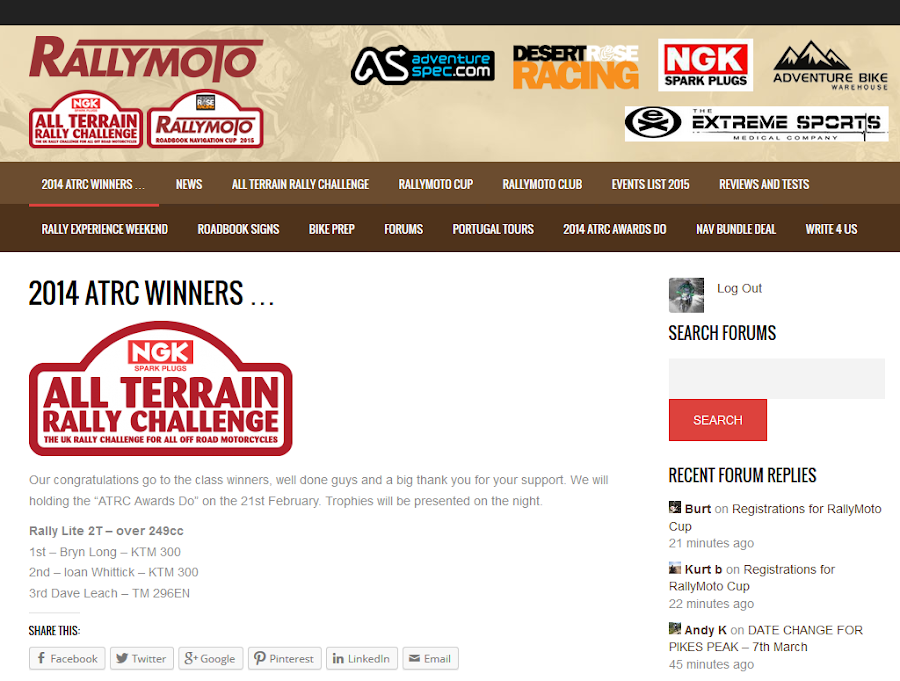