Hollywood blockbuster filmed scenes in the heart of Mid Wales

Well imagine my surprise last night when I went to see the new film “The Man from U.N.C.L.E.” (I won’t ruin it for anyone because it’s worth watching) and found myself instantly recognising some of the terrain in the scenes towards the end of the film.

It was none other than the start of the Pikes Peak Navigation Rally special test! The broad switchbacks climbing up the hill, those same ones we were power-sliding around back in March this year, are featured in Guy Ritchie’s latest Hollywood blockbuster film.

These scenes were filmed in the heart of the Cambrian Mountains in Mid Wales, apparently the crew spent around a week in the area surrounding Dyffryn Castell during filming.

So there you go - if you've raced in the All Terrain Rally Challenge over the last couple of years, the chances are you'll be able to watch the film and say "I've raced along there at full speed as well"!

I really enjoyed this film and I'd recommend you go and see it! You'll find yourself recognising plenty of other scenes from around the UK too, no doubt. 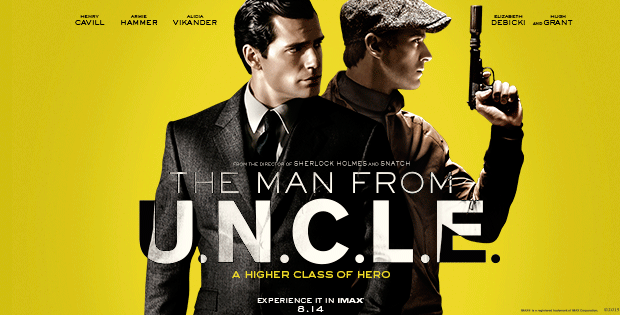 Image above courtesy of http://newsshaft.com 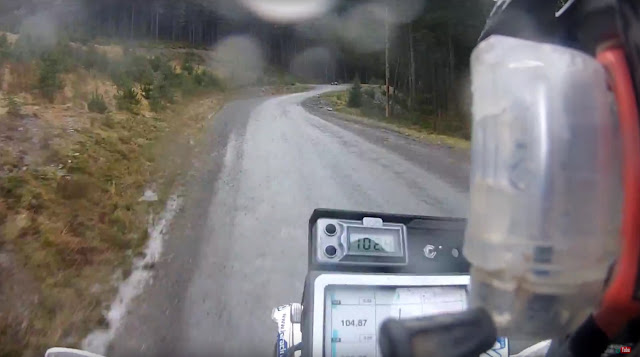 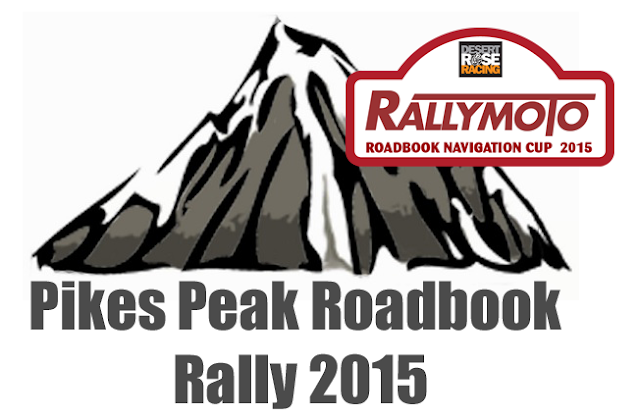 The results are out for the Powys Enduro and I'm really happy to have finished in the top half of the clubman. In the end, I was 25th out of 54 starters but my times were just about good enough to get me a Gold award! I'm already looking forward to next year.

Download the full 2015 Powys enduro results here.
Posted by Unknown at 09:46 No comments:

On board my EXC 300, the opening special test in the morning at the Powys enduro 2015 in the clubman class:

My weekend started on Friday night, I loaded the bike into the trailer and threw my boots and hemlet in the boot of the car ready for scrutineering on Saturday morning.

I got up on Saturday morning and got all my gear ready, including the dreaded goggle washing/preparing. Take the old film out, wash them, dry them, rain-ex the outside, anti-fog the inside, fit new film, for all 3 pairs of roll-off goggles! Anyway, once that lot was all done, I set off to the paddock in Carno and got my bike scrutineered.

Once signing-on and srcutineering was over and done with, I got my timecard and filled it in, then wrote the times on my bike and put it away ready for the morning.

Then it was time to walk the test. My good mate Phil Pugh came with me (he was riding with his Dad - Derrick Pugh in the Trail class with another friend of mine, Guy Allsopp). We picked the best lines we could and walked the test both ways, which ended up taking us 2.5 hours! We worked out the test was only about 3 miles long, but the terrain was very hilly and technical for the most part, so there weren't many places to build up speed. With that all done, it was time for a rest and a good night's sleep.

Sunday morning arrived in the form of a 5:30am alarm. I dragged myself out of bed with my usual race-day morning enthusiasm ("why do I do this again?") and forced some breakfast down. Then I jumped in the "support vehicle" with my parents and off we went to Carno.

My start time was 9:08am, first away in the clubman class #501 with my riding buddy for the day, Huw Jones. Usually we go straight to the special test in the morning, which has never been something I particularly enjoy, but this year we had a nice warm up loop before we got there, over the Trannon hills and through the bogs on the moorland. I did suffer with some bad arm pump early in the morning having not ridden properly for 3 months, but by the time I got to the special test, I was settled and felt good. I knew it would be greasy with the early morning dew and the overnight rain, so I knew to take it steady on the grassy bits.

Onto the first special test and there at the start line was Robert 'Burt' Hughes from RallyMoto club running the timing. He waved me onto the test and off I went. I was pretty happy with how I rode the test, I took it steady and made sure I stayed on, but I wasted a bit of time in some places, particuarly on two of the hill climbs. I bounced around in the ruts at the bottom of the hill both times and lost my momentum, then I found it hard to get going again! Probably about 20 seconds worth there but the rest I was happy with. There to greet me at the other end of the special test was RallyMoto's Mark 'Moly' Molineux, running the timing at the other end. Great to see them both!

Before the weekend, I'd set myself the target of finishing clean on time and in the top half of the clubman class. With that test under my belt, I was confident I'd be around there as long as I kept it up.

The rest of the course was good, and the main section to speak of between the tests was the Dyfi forest check. I don't know if it was just my lack of bike time but I felt like that check beat me up a bit! It was so rough in there and pretty wet. It's a rock base and there are a lot of whoops and braking/acceleration bumps and some very technical hill climbs, so it was a bit of a workout. We had 98 minutes to get to the check, but despite my stopping 3 times for various things including goggle cleaning and fixing a lever, I was still 35 minutes early at the check.

We moved on from there and rode well on the tight check before the test to arrive with 3 minutes to spare.

After hopping over a couple of bogs in the field by the special test, I got to the start line and waited for a few guys in front of me to go. Just when I was about to go, a sidecar arrived and went straight into the test. I didn't want to risk getting stuck behind them, so I left 2 minutes before going onto the test. Off I went before some other riders jumped in front of me, and I started the test well. I was hitting all my lines and felt good, but I made a small mistake dropping the bike on a muddy corner and stalled it twice. I got going again but when I was half way through the test, I caught the sidecar and couldn't get past for a good few corners. Eventually I found a line to get by and got back into my rhythm. The rest of the test I rode well and continued to hit my lines and carry good speed. The bog at the top of the test didn't cause me any problems either and I rode into the finish being pleased with the way I'd ridden during the day.

I rode back to the paddock with some mates and we all had a look at the provisional results on the http://live-times.co.uk website and before any time penalties (I didn't have any but some others may have), I was lying in 19th position from 53 clubman riders.

I'm very happy with that! I wanted to finish in the top half of the clubman and that's exactly what I did. I didn't break the bike or pick up any injuries so it was a successful weekend all in all. Many thanks to MWTRA and RallyMoto, and all the marshalls and officials, it was another enjoyable year at the Powys enduro, see you again in 2016. 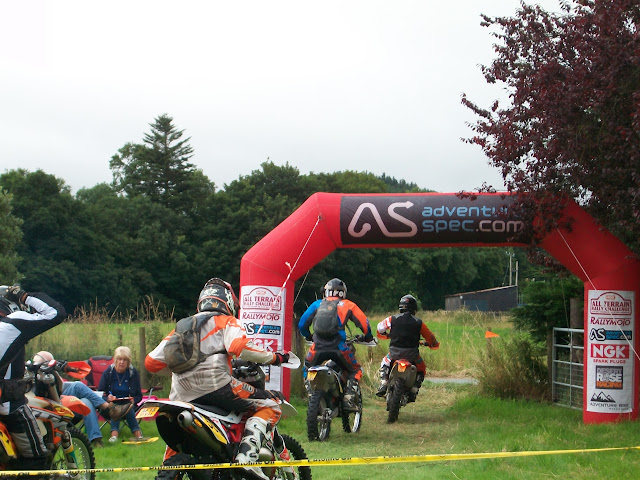 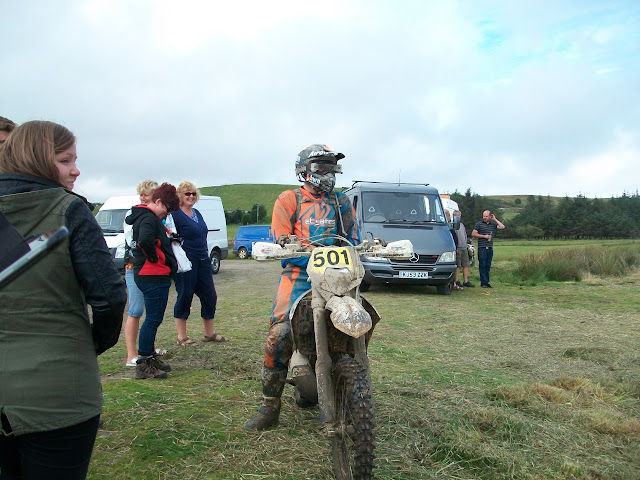 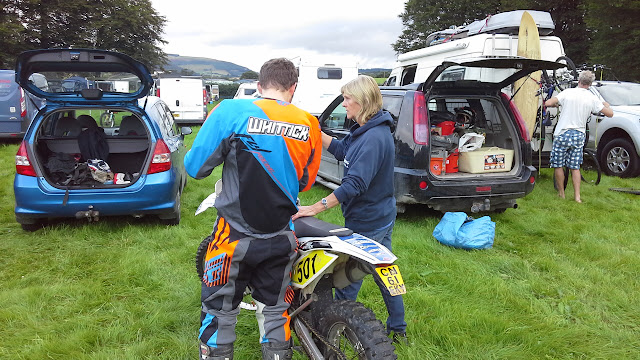