If you're using mousses, changing your tyres can be one of those tasks that fills you with dread. I think most of us have been there: "I can do this, how hard can it be?!" and then several hours later, knackered and with no skin left on your knuckles..."what the hell is wrong with this tyre, it won't go on!".

I've heard a few mousse-fitting stories, some likened to wrestling a greased eel and others are a tale of a whole days' fighting with a tyre and snapped beads.

In the past, I've struggled to fit them, getting to the last 10 inches or so and then failing to get the rest on. This time, armed with a couple of subtle tips, I was a man on a mission, I went out and bought some new Michelin Enduro Comp III and IV tyres from ET James first thing Saturday morning, then battle commenced!

I have to say the rear went on OK, not easily but relatively trouble free. Lots of tyre lube helped, but it was mostly down to getting the bead into the well of the rim.

The front was a bit different. I struggled to get the old tyre off! It was on so tight I couldn't even get any levers in. After half an hour or so I finally got 4 levers in and got the tyre off. I cleaned the rim and the mousse and then had a look at it. The rear mousse was perfect, the front one had a hole in the side but it's a fairly small/clean one. My heart was in my mouth as I fitted the last part of the tyre, I'm sure I wasn't far off the breaking point of that bead! With a little extra help standing on the opposite side of the tyre it went on and I was done.

I count that as a small personal triumph, but I need some practice. I've seen championship riders swap both tyres and re-assemble the bike in 10 minutes, this took me about 2.5 hours...

Once I'd finished re-fitting the wheels, I tightened the chain and checked the sprockets (I could do with a new set of chain and sprockets soon), then I noticed the front brake had quite a bit of air in it. This seems to be a common problem with the EXC's from what I hear. I tied a cable tie onto the brake lever for half an hour while I worked on something else and then it was good to go. While that cable tie was working it's magic, I investigated a problem I was having with the kill switch not working. I took the switch apart, cleaned it out and applied a generous coating of WD-40, then it was good to go!

The bike's now pretty much ready for the next round of the ET James Welsh solo enduro championship at the ADMCC Nant y Moch enduro on the 7th of September, it's promising to be a fantastic event, celebrating 50 years of the ADMCC club, so I can't wait! 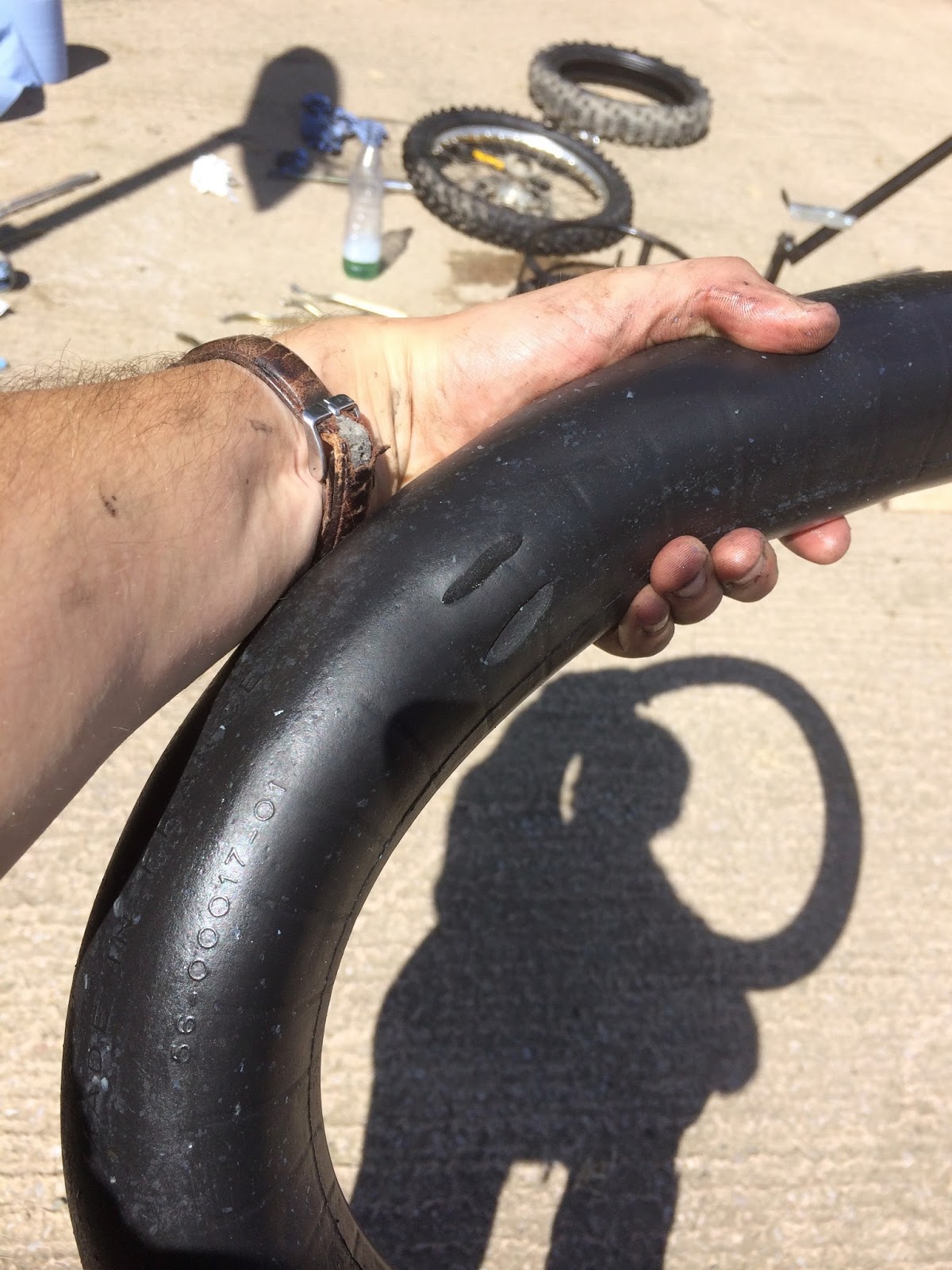