The final round of the 2014 All Terrain Rally Challenge was the WTRA Cambrian Rally this weekend. It was promising bad weather and that's what we got! Strata Florida commands respect on any occasion, but with all the rain in the area in the couple of weeks leading up to the event and on the weekend itself, the whole course was pretty wet. Strata wasn't too bad although it certainly caught a few people out and gave them a free bath and bike wash.

The really interesting thing for me was the second special test. I think I could best describe it as an enduro test really! There were some very deep puddles and quite technical riding but it was masses of fun. I enjoyed the whole course, although the opening section could've done with a few more trails in my opinion. It was well organised as usual and the atmosphere was great, with everyone on top form and plenty of laughs all round.

Now, onto the race itself...I have to admit I was nervous going into this weekend, I'd picked up my bike from ET James on Friday (thanks again for getting it ready so quickly!) and spent the day fettling, fitting a new air filter, tightening the chain and just checking the bike over. I'd worked out beforehand what the possibilities were within the ATRC final standings, and I knew I had to win, and even then it would go down to the wire between the 3 of us. Knowing all this, I'd put a lot of pressure on myself and subsequently failed to get any sleep on Friday night!

Anyway, up I got on Saturday morning at 5:30am and we set off for the race. I signed on, got my times and stuck my numbers on, before getting my bike scrutineered and then catching up with friends in the paddock. I can't tell you enough how nice it is to see so many friendly faces at the rallies, everyone's in good spirits and keen to help each other out.

There were 3 laps to do each day, with a sighting lap to begin each day and the course running in reverse on the second day.

Day one started and I set off on the sighting lap at 10:31am, being one of the early ones as I'd ended up with the #4 plate for the weekend. We picked our way carefully through Strata Florida, choosing shallow lines and taking no chances. Then we got to the tests and rode them at a steady pace to pick some good lines. Almost all of us got to the end and told each other stories of huge waves of water jumping in through our helmets as we ploughed into the water splashes! There were some deep holes on the tests and they were filling all the time with the rain that was lashing down. I remember feeling a bit worried for the new riders and the big bikes after riding that second special test - just hoping that they wouldn't be put off by it! The tests were both technical, but not especially high speed, so consistency would decide the results.

The second lap arrived and I packed some spare goggles and gloves for the test thinking "yes this is a smart move, this will give me an advantage etc etc"...I had GoggleGate incidents on both timed tests on that lap, having to remove them half way through the test, costing me time. Worse than that was that I had shot out on that first timed test, overshooting most corners, and when my goggles got completely covered and I couldn't see anything, I crashed and landed hard on my knee. I only lost about 10 seconds but it ruined my test and I wasn't happy at all at the end of that first lap!

The last lap was much better, I'd regrouped and talked myself into riding smoother and hitting my lines. It worked and I felt like I rode much better, putting in two decent tests to end the day.

It was a bit of a nightmare getting all my kit ready overnight because everything was soaking wet, my boots had to be emptied of water and we did our best to dry all my kit! Day two promised more of the same weather-wise, so the waterproofs were going back on in the morning. I did some quick work on the bike, swapping the air filter (which was soaking wet), greasing the chain and just generally checking over the bike. It seemed fine other than a log wedged in my chain guard! I did wonder if something was dragging on the way back to the pits...

Up again at 5:30am, we set off and I was feeling much more relaxed, I'd convinced myself that although I had a bit of a bad day on Saturday, that I could still have a good ride and stay in contention. That being said, I was determined to ride fast and smooth rather than wild!

When I got there, I unloaded the bike and went to get my times. When I was on my way back down the paddock I noticed my bike was leaking a lot of fuel! I stopped by a friend's van (thanks Pindie & Bryn) and we set about persuading the float valve in the carburettor to un-stick itself. Luckily it was sorted within a few minutes and off I went to get ready.

We started at 9:31am and straight towards both tests before completing the loop via Strata Florida. I have to say I much preferred the tests in reverse, I found they suited me a lot better. With the sighting lap done, I was getting worked up on my way to the first timed test of the day. I tried to relax before attacking the test and this was a pattern for me throughout the day to stop myself making stupid mistakes that I'd be annoyed with later on. It seemed to work, I had 4 good tests on Sunday and stayed on the bike all day! Other than having to tighten the chain after the sighting lap, the bike behaved well and I was happy.

Every now and then throughout the day, I got a shout of encouragement from fellow riders and a spectator or two, which was really great! It really made a difference and was much appreciated, so thanks everybody!

Overall, I'd say I had an average to fairly good ride over the weekend. I could've done better had I sorted out my goggle problems but that's something to look into for next season. Hopefully I wasn't the only one to have issues throughout the weekend and I'm hopeful of a half-decent result.

In the Rally Lite 2 stroke >249cc class of the ATRC, we are all biting our fingernails until those results come out!

Well done to everybody, it's been a fantastic year of racing in the ATRC and I've really enjoyed myself. Also, many thanks to WTRA and all involved in putting on the event this weekend, it was great fun as usual! 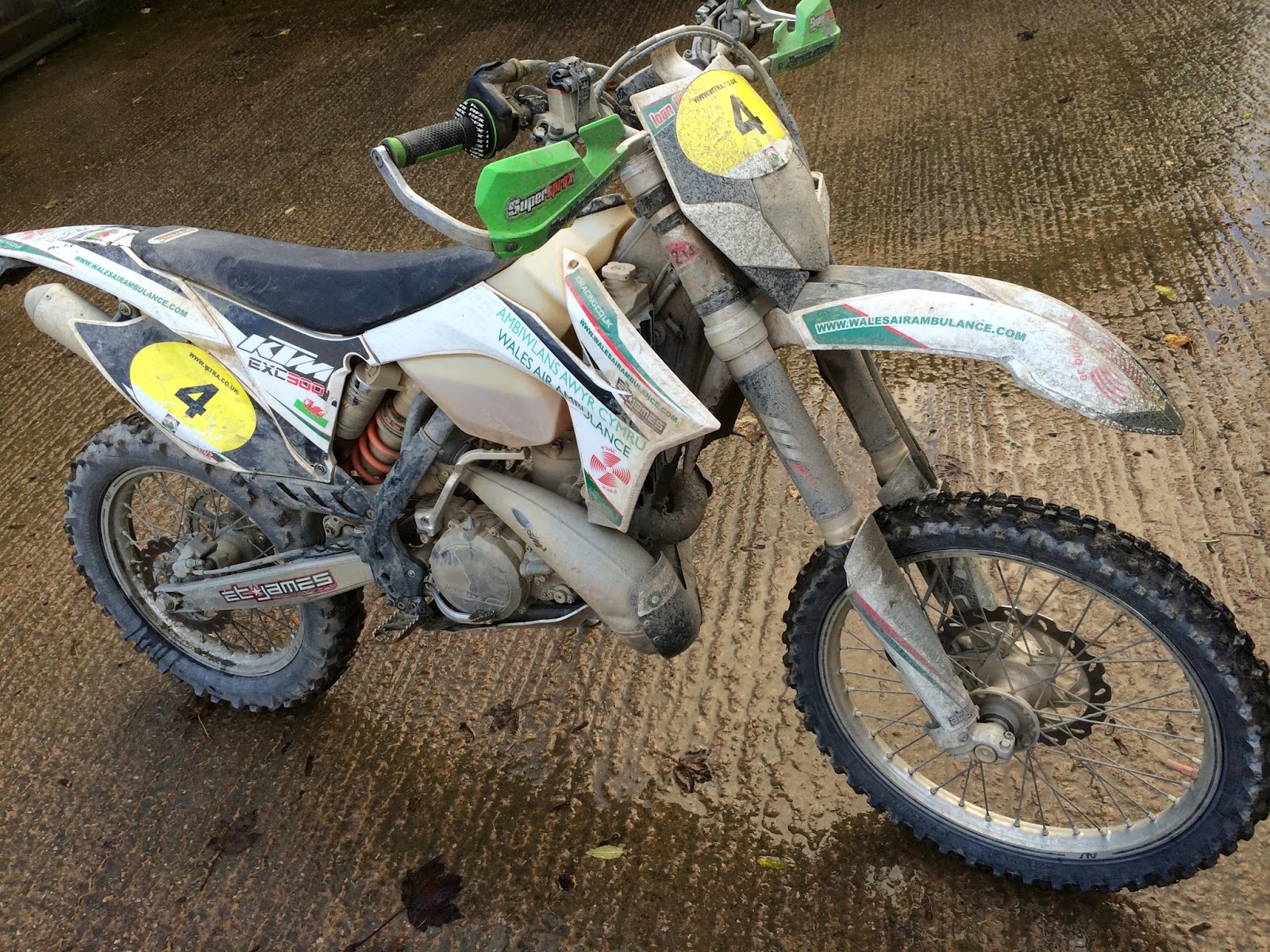