With a nasty ear infection bugging me as well as the remnants of a cold, I was a little apprehensive about how I'd fare at the Hafren Rally. Nevertheless, I got up promptly on Saturday morning and started working on the bike.

The only thing I did to the bike other than the usual stuff was adding some extenders onto the Barkbusters to try to keep my gloves a bit drier in the water splashes, changed the chain link and removed my rally wiring loom.

With that done and the bike ready to race, I went to sign on at the Rugby Club in Llanidloes where I saw a few familiar faces and a few new ones. It's always good to have a chin wag with the rally crowd!

Once I'd signed on, I returned home with my race numbers and fitted them to the bike. Then it was time to prepare my race kit, load the car and get some rest.

I should point out that high winds and torrential rain persisted all day Saturday and it was forecast to be no different on Sunday - the joys of Welsh weather in the Cambrian mountains in November...

Anyway, Sunday morning came and I got up and headed over to the Sweet Lamb Rally Complex, just outside Llangurig.

When we arrived, we realised that the start of the race had been delayed for an hour due to the awful weather - namely because there were several trees which had fallen down across the route and needed clearing. The Hafren DBC crew leapt into action and we promptly got underway at 10am. There was originally going to be 2.5 laps to complete with 6 special tests, but in light of the late start, this had to be shortened to 2 laps with 3 tests.

Wales Rally GB had been on only days before, so the tracks would be rutted and polished in places, but we knew there was a good mix of terrain in store for us along the route, with the usual optional enduro routes to keep everyone on their toes.

Predictably, the weather didn't relent and we were subjected to the same high winds and heavy rain of the previous day. When we finished the sighting lap, the organisers asked for our opinionson whether or not we should be sent round again. The wind was the cause for concern, but we all agreed it was OK to carry on, given that the conditions were set to improve.

Unfortunately at this point when I refuelled, my camera battery died, so I have no coverage of the timed tests, but I have put together a video diary with highlights of the course instead.

I had a fairly good second lap with the 3 timed tests, but I made mistakes on each one and I had real trouble with my balance on occasions, thanks to my ear. I hope it didn't have a big effect on my result, I'd love to be close to the top 10 overall.

I stayed on all day and rode pretty well taking all into consideration, so I'm happy with that. I had fun and I'm looking forward to seeing the results shortly.

Thanks very much indeed to all the organisers, marshalls and officials, it was a horrible day to be out, so your efforts are really appreciated!

I hope everyone who was competing for ATRC championship points had a good race, can't wait to see the end of season results after this.

Photos are available at mx247.com (thanks Keith Bowen). 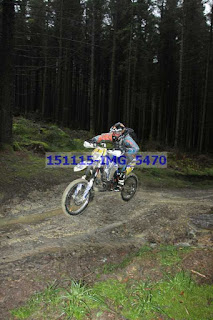 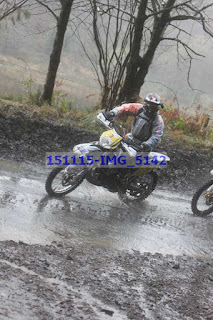 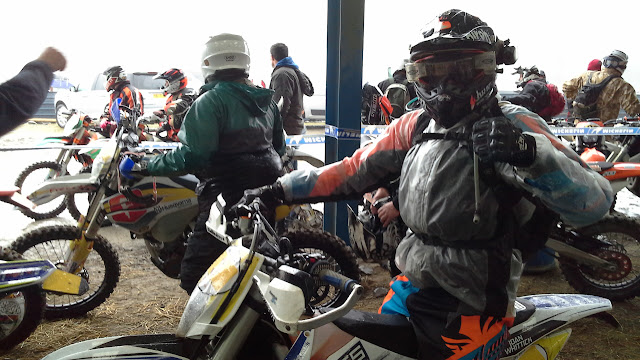 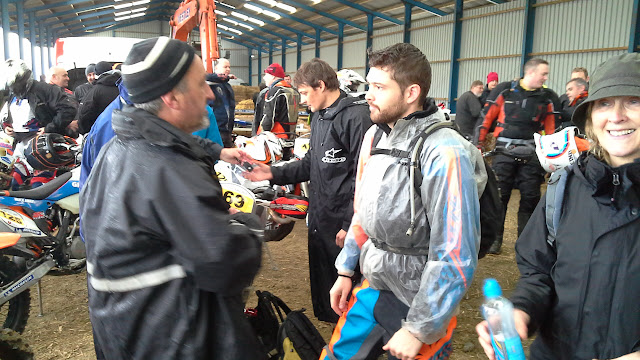 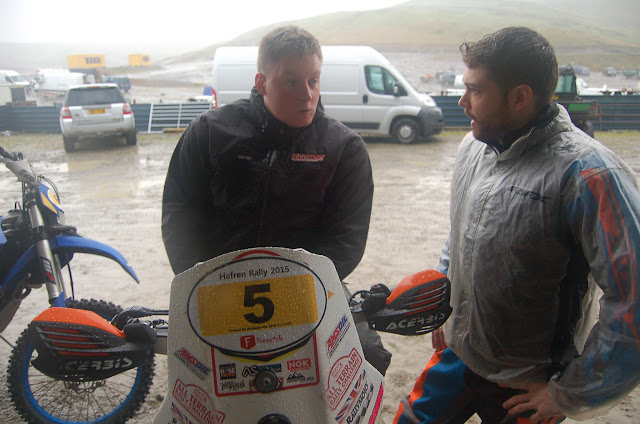