Training and some more maintenance

With the weekend to myself (house-sitting), I thought it would be the perfect opportunity to do a little bit more work on the bike and carry out those long-standing bits of maintenance that I'd neglected last time.

Like I've always said, I like to know that my bike is spot on for a race. I haven't kept on top of maintenance as well as I normally do recently, but it hasn't been as important during training. However, with the Powys Enduro looming - just over 2 weeks' time - it's time to get the spanners out and do some fettling.

I'll be away at 09:06am on Sunday the 9th of August at the Powys Enduro, rider number 501 in the clubman class. I've never competed in the Clubman class at the Powys Enduro, but as soon as I got my first Sportsman class win last year, it was time to move up to Clubman. I know it'll be competitive, so I'll be riding to finish in the top half of the class and anything better will be a bonus!

Last time I had my hands on the bike, I swapped the tank back to the stock enduro one and replaced the chain, front sprocket, spark plug and air filter.

This time, I got up early on Saturday morning and decided to have a go at fixing the exhaust. When I was at the Baja GB ATRC round at Sweet Lamb back in May, I noticed at the end of the race that my exhaust was leaking from the front and the bike seemed to be a bit down on power at the top end. So, first things first, I took the front pipe off and inspected the mating surfaces, then gave them a clean. Then I replaced the O-ring seals as well as the springs. When I re-mounted it, I used an extra spacer on the mounting point next to the joint with the silencer to make sure it was lining up squarely at the front. It's taken a few hits during the time I've had it, so I'm betting it's not quite the same shape as it once was!

Anyway, once that was done, I got started on re-packing the silencer. This was something I'd been meaning to do for a while but hadn't got around to it. I cleaned everything first, then I disassembled the silencer using a small grinder (multi-tool) to remove the rivets that hold the end cap on. To be fair, the packing wasn't in as poor a condition as I expected it to be, but it was time to replace it.

I got my fiber glass roll, trimmed it and then wrapped the inner silencer tube in it. Then I posted it neatly through and re-assembled everything.

Once that was all back together, I fired the bike up and took it around the yard - all seemed well, it wasn't any noisier (a dreaded sign you haven't packed the silencer properly, either too tightly or not enough) and there were no leaks.

When I got the bike back into the shed, I checked the wheel bearings. It's important to "loosen" the bike up first when you check these, because they tend to bind a little after being sat still which gives you the illusion that they're fine, but you can be sure that (sod's law) once you roll it into scrutineering, any play that was there will manifest itself! Anyway, I checked both sets and both the front and rear had play in them. Not enough to warrant any disqualification from an event but my policy is any play whatsoever and they get replaced.

I started with the front - I had a spare set in the tool box so I had everything back together within about 20 minutes, a very smooth job. Then I prepped the rear and got everything ready to slot the new bearings in. I knew I didn't have any so I popped over to good old ET James in Rhayader and got some fresh rear wheel bearings and dust seals, along with some gearbox oil.

An hour later and I was back, fitting those new rear wheel bearings. They went in smoothly as well, and before I knew it, I had moved onto replacing the gearbox oil. Again, this was something I'd been meaning to do for a while, so I was glad to get the chance to do it. After a nice dose of 800ml of Motorex's finest 15W50 and a new copper crush washer, the bike was all fixed up and ready to ride.

And that's exactly what I did next! I took the bike out onto my enduro training track and put in some laps. The track is unfortunately massively overgrown at the moment so I was plowing my way through it most of the time, but it started to get easier, even though grip was hard to find. My lap record of 2:57 for the special test was never in jeopardy though - I think the best I managed was just under 4 minutes! But the lack of grip made it really tough to keep momentum and the fact I couldn't see the track made it extra challenging. It was all good practice though, and although I'm clearly not as bike fit as I was a few months ago, I should be in with a chance of a half-decent result at the Powys enduro. Bring it on! 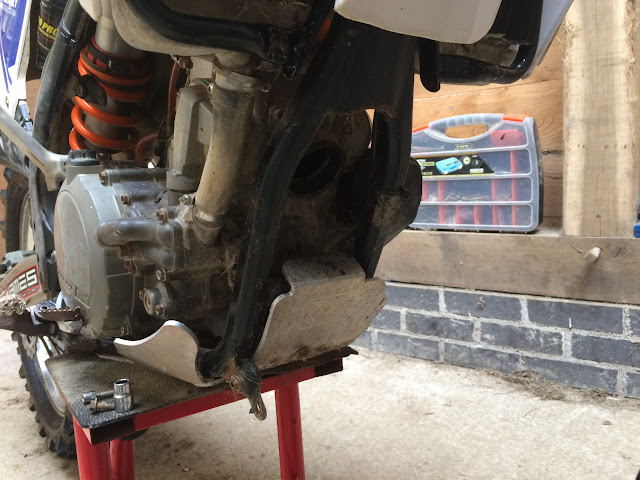 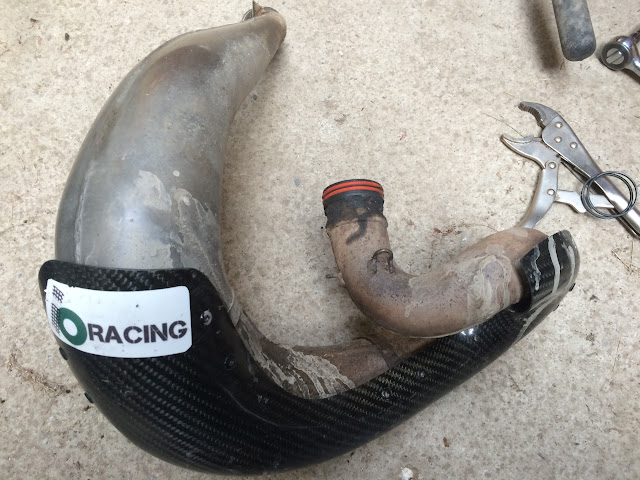 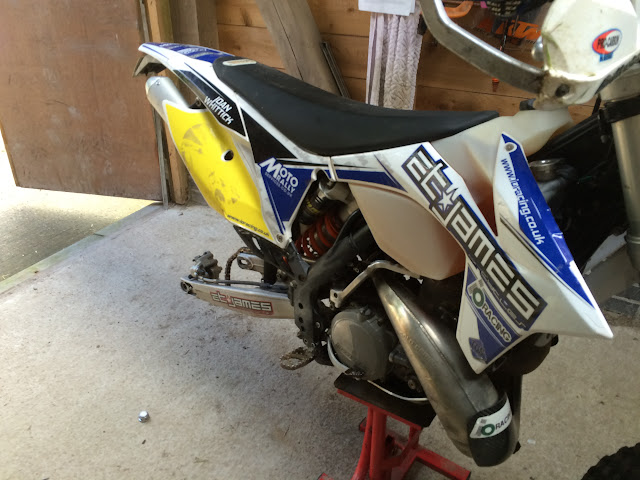 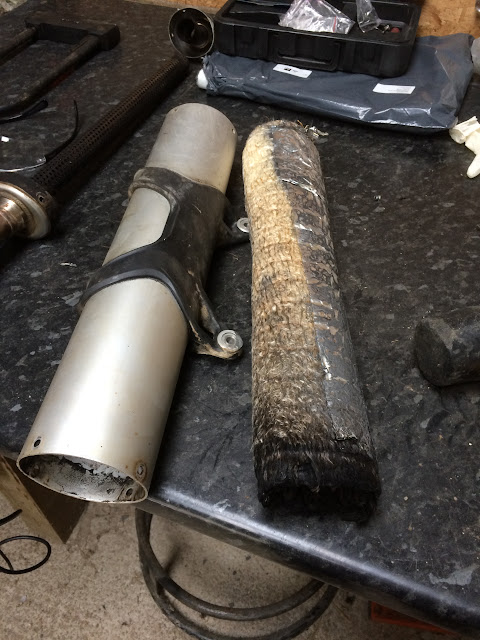 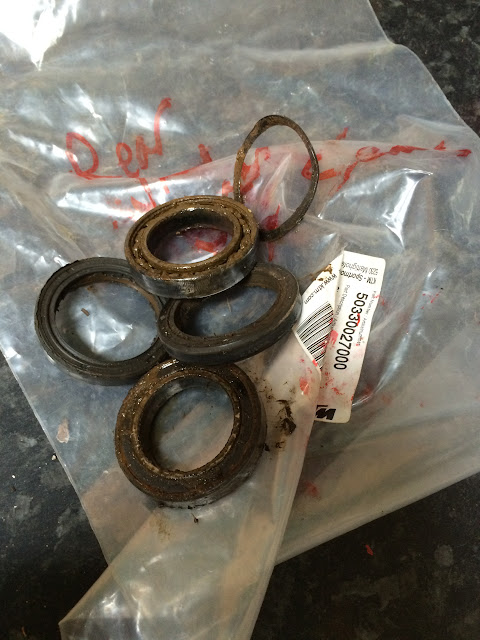