I decided to take Friday off from work so that I could have enough time to prepare my bike and convert it back to "enduro" spec by removing all the navigation gear. Unfortunately for me, my weekend began to go a bit wrong as early as Friday morning!

I woke up feeling so ill I could barely get out of bed! There was a flu going around (or something) so I guess I caught that. Either way, I was in no mood to do anything, let alone go racing motorbikes.

Eventually I decided I'd give it a go anyway, it's not in my nature to give up on things easily, and this was no exception. I prepped the bike meticulously as I always do and then got ready to race on Saturday morning, down in the Brechfa Forest in Carmarthenshire.

This year, the Dyfed Dirt Bike Club turned the Brechfa Rally into a 2 day event and as it did last year, formed the opening round of the All Terrain Rally Challenge.

I got up at 6am and set off at 7am. Once there, I parked up, signed on and got scrutineered. Things weren't great at this point - it was chucking it down so I got soaked pretty quickly, and my brain wasn't cooperating with the rest of my body! In the whole time I've been racing, I've never forgotten to take my helmet to scrutineering, I really was out of sorts. I also wrote my times down wrongly (something else I've never done). I was feeling pretty weak and coughing and spluttering - I shouldn't have been racing really but try stopping me!

Anyway, I eventually sorted everything and set off at 11:01am to do 3 laps, the first of which was untimed. I took it steady on the opening lap and although I got round well, I knew I wasn't fit to ride really.

The special test was right at the start of the lap, so the second lap would give me a good indication of things to come.

I gave it a good go and I think I had a half decent test. I definitely could've been faster if I was pushing like I normally do but I had to back off a little to stay safe in the state I was in. I did get a little held up by someone but I don't think I lost too much time there.

When I got back to the pits after the second lap, I had a look round my bike and noticed the rear brake pads were wearing unevenly. One was down to the metal! I put some new ones in quickly and then got back to the start line ready for my 3rd and final lap of the day.

I think I had another fairly good test, again I made sure I stayed on the bike and chose smooth, clean lines to get the power down.

I got back to the pits after that lap and we were done for the day! We packed up and headed home, where I gave the bike a quick service and got my kit ready for the next day.

We lost an hour's sleep overnight because the clocks went forward, so an earlier morning on the Sunday turned into getting up at 4am! Off we trundled and got there in plenty of time.

I was due to start at 9:01am so I got kitted up and was about to ride up to the start from the paddock at 8:30am. I jumped on my bike and fired it up, it ran for about 5 seconds with the choke on and then stopped. From that point onwards, I tried all sorts of things to get her running! The first thing I did was to swap the spark plug for a new one. The bike ran for a little longer but then did the same thing. I flushed the carburettor to no avail. That's when I knew I had a serious problem. I pushed the bike up into the paddock and good old Rob Loupart helped me bump start it a couple of times (thank you very much mate). Both times the bike fired up nicely but would only run for about 20 seconds before cutting out again.

After I threw some choice words at the bike, I decided enough was enough and that even if I did get it running, it was so temporamental that I'd most likely break down on the course anyway. So that was that, the bike went straight back in the trailer. I was gutted! I was so determined to finish, and to be let down by something that was out of my hands was harsh.

The bike is already with the mechanics and I should find out shortly what the problem was, but until then, I will concentrate on recovering and preparing myself for the next round of the series, the Baja GB in May. 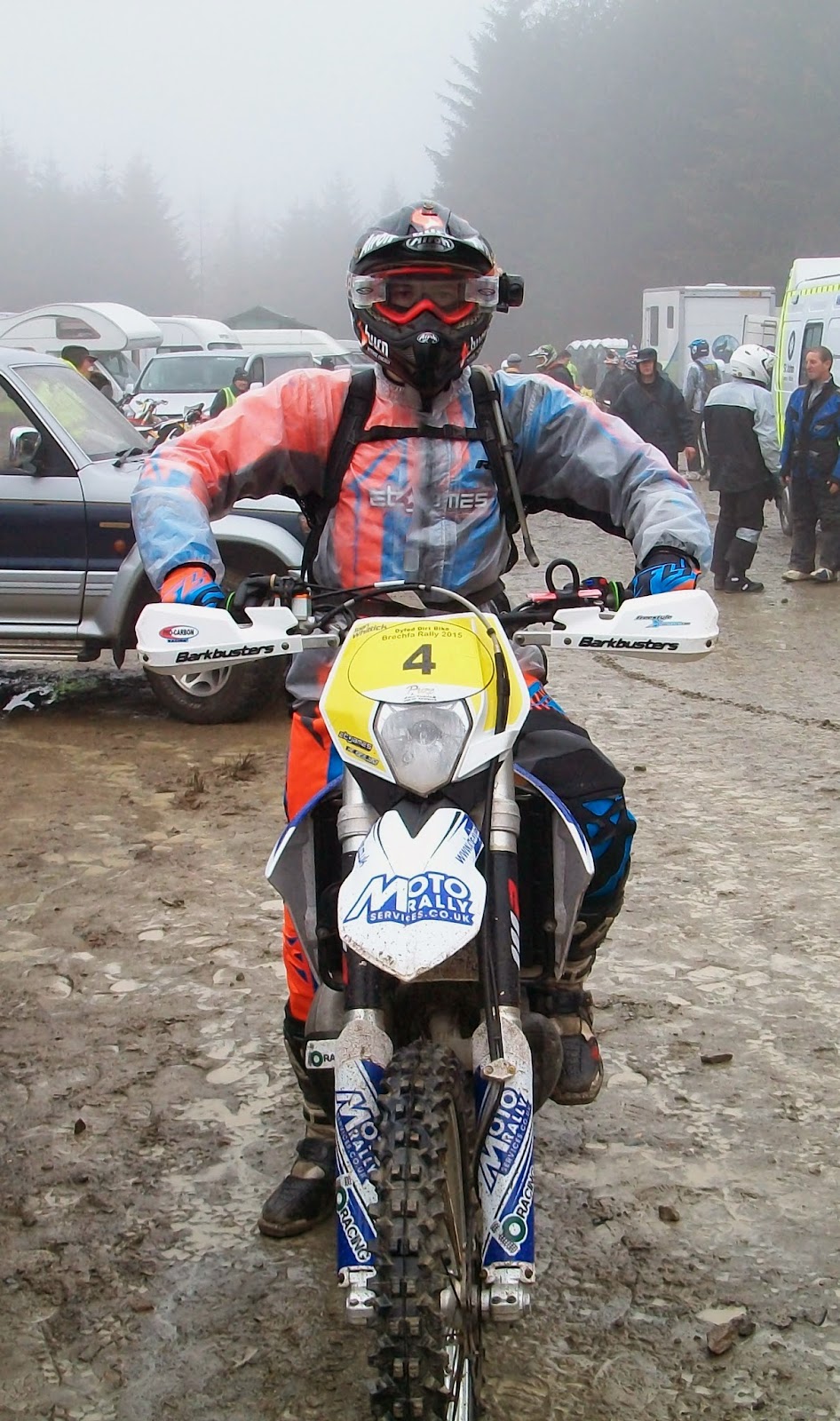